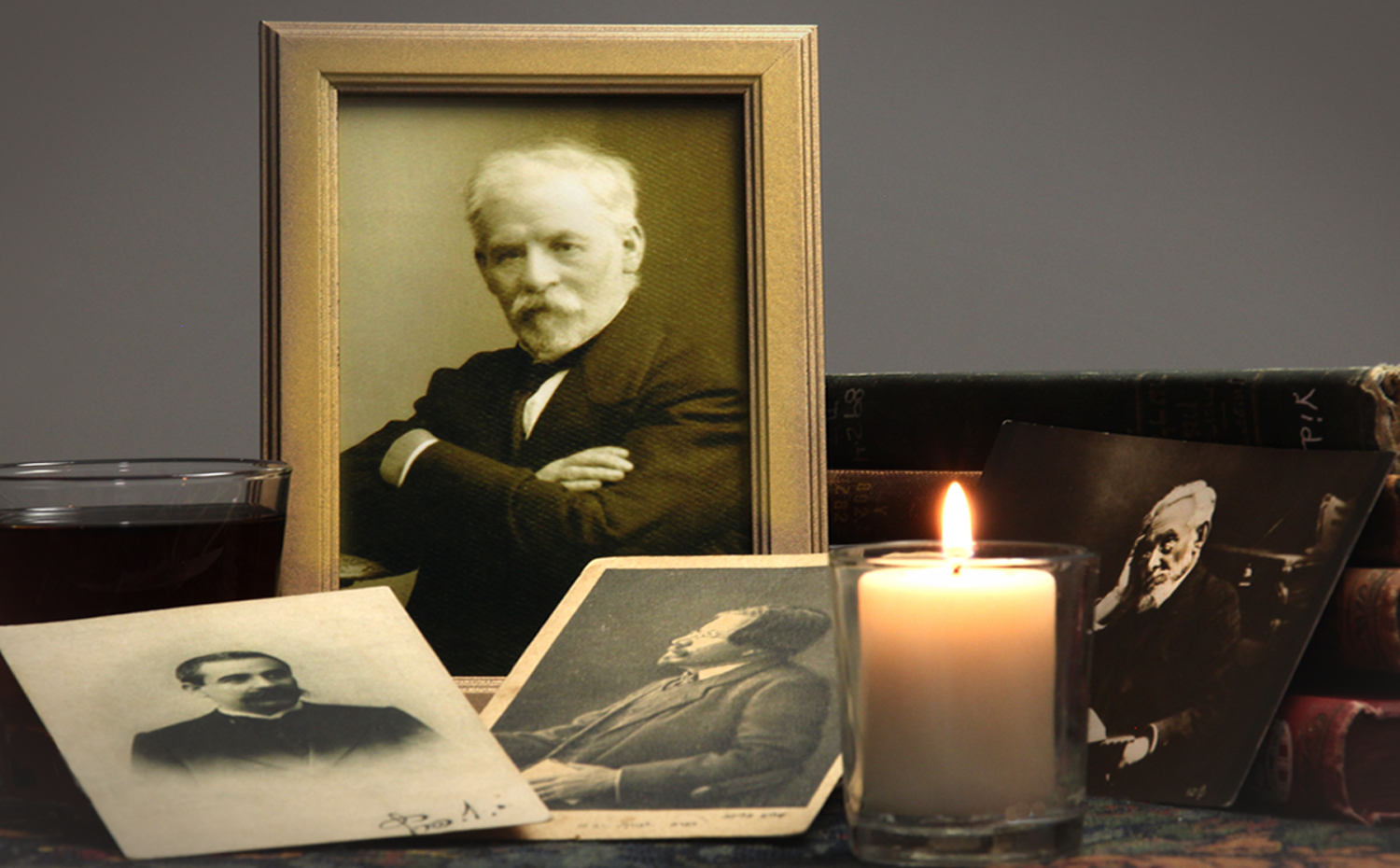 “The Greatest Yiddish Writer You Never Heard Of.” —Forward

Jacob Dinezon (1851-1919) was one of the most famous and successful Yiddish writers of the late 19th and early 20th centuries. Friend and advisor to many of the most important Jewish writers of his day, Dinezon played a central role in Warsaw’s Yiddish literary circle until his death in 1919.

A best-selling novelist in his own right, Jacob Dinezon, like the British author Charles Dickens, championed the rights of the oppressed and poor, especially children. A staunch defender of Yiddish as a literary language, he used his pen to expose the conflicts and challenges Jews faced in rural and urban communities, and his stories reveal a deep commitment to educating and uplifting the Jewish people.

“Two authentic folk writers were ours: Dinezon and Sholem Aleichem. It doesn’t occur to anyone to put these two writers on the same level. Yet it is so: in their main artistic accomplishments they are paradoxically alike. Dinezon is the tearful one and Sholem Aleichem is the clown. . . . You will cry as naturally reading Dinezon as you will naturally burst into laughter with Sholem Aleichem.” —Alter Kacyzne (trans. Miri Koral)

Over the past two decades, the Jacob Dinezon Project has commissioned English translations of Dinezon’s short stories, novellas, and novels in an effort to bring Dinezon’s Yiddish works to 21st-century readers.

Now books and e-books are available for reading, studying, and better understanding Eastern European Jewish life at the turn of the 20th century, as seen through the eyes of one of Yiddish literature’s most sensitive, passionate, and respected authors.

“Dinezon’s writing is poignant and haunting; his characters are bright, intense, and unforgettable . . . . Jacob Dinezon is truly a giant in Yiddish literature.” —New York Journal of Books

It is our belief that if Dinezon’s friends, Mendele Mocher Sforim, I. L. Peretz, and Sholem Aleichem are (as scholars suggest) the grandfather, father, and grandson of modern Yiddish literature, then Jacob Dinezon is surely the beloved uncle, producing novels and stories filled with compassion and love for the Jewish people.

“There is somewhere in the city of Warsaw, a tiny, spare, greying little man, with tiny but spotlessly clean little hands, with a little greying beard—it was once reddish—and with kindly eyes, forever smiling, even when moist with tears. . . . He smokes little cigarettes rolled with his own little fingers; he drinks his own tea, made in his own little teapot; and he always sits on the same chair at the table where he keeps hidden in an unusually well-organized fashion, other people’s secrets, other people’s troubles, other people’s anguish, which he keeps so close to his uncommonly big heart. And this good uncle is called Uncle Dyneson.” —⁠Sholem Aleichem (trans. I. D. Berkowitz)