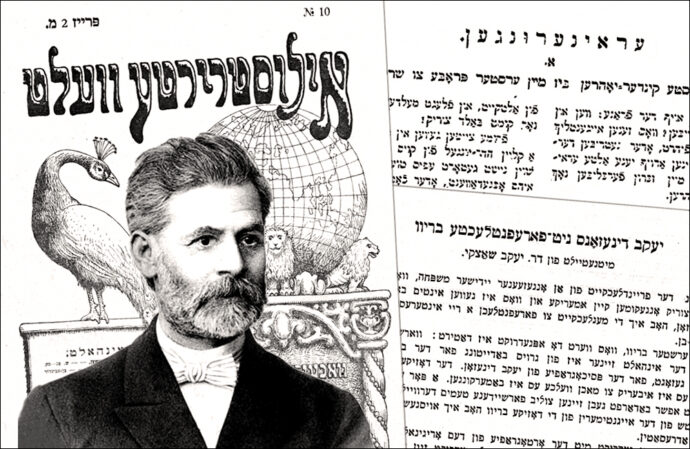 Today, August 30, 2022 (Elul 3, 5782 on the Hebrew calendar), marks the 103rd anniversary of the Yiddish author Jacob Dinezon’s death. In a year when war raged once again in eastern Europe, this time with an invasion of Ukraine by Putin’s Russian army, and as the Covid pandemic and political turmoil plagued America, we resolved to continue our work in attempting to restore Jacob Dinezon’s literary legacy.

Much of the effort was accomplished by two wonderful Yiddish translators, Mindy Liberman and Janie Respitz, who translated several Dinezon-related letters, articles, essays, and newspaper obituaries. All of their work had now been posted to this website and may be accessed from the Research page.

For those who are interested in late-19th and early-20th century Yiddish literature and history, you will be amazed at the amount of translated material added to this website in this year alone. Now available for the first time in English is a remarkable amount of literary and historical information as well as newly discovered personal details about Dinezon’s life, relationships, and career.

Here are some highlights:

Warsaw’s weekly illustrated Yiddish newspaper devoted two issues to the death of Jacob Dinezon. The publication is filled with a wealth of drawings and photographs, including several by the renowned photographer Alter Kacysne. Also included is “A Person’s Life,” a short story by S. An-ski, reflections on Dinezon’s commitment to Yiddish by author and publisher A.  L.  Shalkovich (Ben-Avigdor), and an essay about Dinezon’s devotion to children by  “M.” Translated by Mindy Liberman in four parts:

Dinezon’s Letters to S. An-ski During the First World War 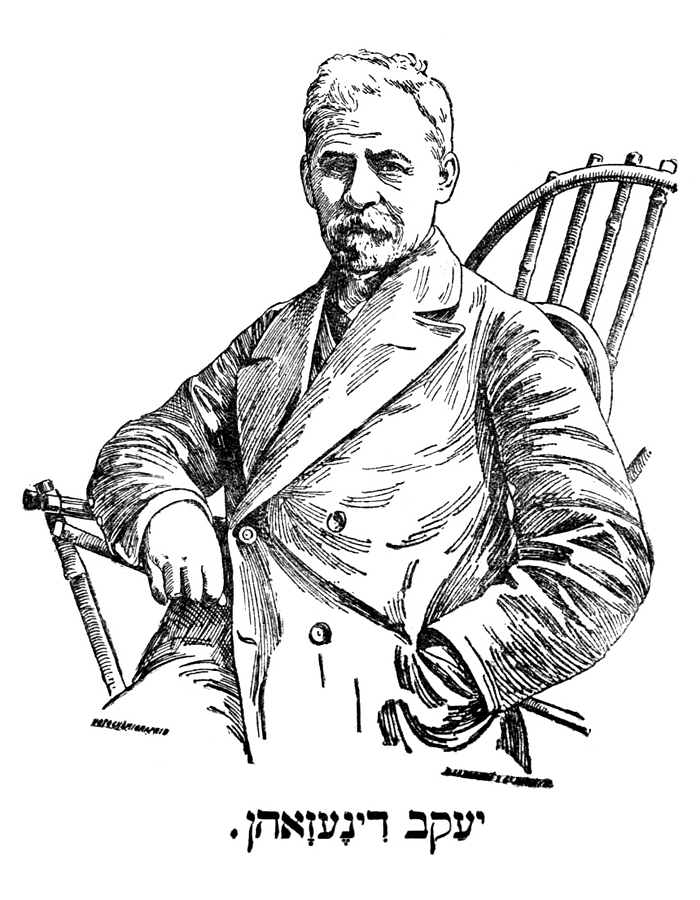 As we have seen before in other translations for this project, Jacob Dinezon was highly respected for his integrity, his devotion to children, his loyalty to his friends, and his commitment to the Jewish people. We honor him again on his 103rd yortsayt, the 103rd anniversary of his death. May his memory be for a blessing.